I’m not sure how you spent your weekend but mine was a mix of reading (obviously), cleaning (ugh), and book planning/journaling (yay)! Frozen Hearts and Death magic was such a ride to read. If you’ve followed me on social media you’ve probably realized I journal and use a planner. However, I don’t always show what that means when it comes to book tracking! That will change today. Haha

It all started with a kiss. A forbidden fae kiss.

Naia was raised in the shadow of her twin brother, the crown prince, who has iron magic much more powerful than hers. But Naia has wishes of her own.

They awaken when she finds a white fae almost dying in the woods. She only heard of them in stories; the dreaded race that razed cities to the ground, killed her grandparents, almost rid Aluria of humans—until they disappeared. Now, twenty years later, are they back? Is there another war coming? But the fae is evasive and secretive. He’s also alluring and fascinating, more beautiful than anyone she’s ever seen. And then it happens: she kisses him—and nothing will be the same again.

In another kingdom, Leah, a necromancer princess, has to find a husband in less than four days, during the Gathering, when royals from all over Aluria meet. Her family makes it very clear that she can pick any prince she wants—except one: Naia’s brother. And it turns out that he’s the one; the one who makes her heart beat faster.Meanwhile, war looms over the land. One of the kingdoms is amassing immense power. The White Fae might be returning. Amidst it all, Naia and her brother struggle with newfound magical powers, family secrets, and most of all, their own treacherous hearts.

*I received a copy of this book from the author in exchange for an honest review. All thoughts and opinions expressed here are my own.*

Just give me a reason…

I love a good, well defined drama in a book. Especially when it’s mixed with political intrigue and high stakes. Frozen Hearts and Death Magic delivers on this front and it kept me hooked from beginning to end! The reader just has to know ‘why’ and I was a wiling and captive audience.

This book will take you by the hand and drag you down the rabbit hole.

The magic in this book is really well thought out and well executed. I may be an outlier here, but that’s a big requirement for me when it comes to fantasy! As it’s fantasy (and fae based) the magic plays a large role in the world building and it’s done so very well. I would say the writing for this is a bit more adult, which I prefer but may take some getting used to on others.

Overall, a well thought out system and world is perfect to be emerged in!

Yes, I love a good romance and really you should too. (I may be bias LOL). HOWEVER, we do get more than just romance, we also get meaningful other ships (#nospoils). Additionally, this book gives us not just one couple but multiple to be stressed, heart wrenched, and fully invest in.

It’s not an agonizing wait for a next book if I”m not fully celebrity stalking the book ships. Or is that just me?

Frozen Hearts and Death Magic DEFINITELY has multiple points of view and it adds to both the world building and the love of all the characters. The reader continuously learns more about each person and their backstory and ambitions. A lot of this book, as it’s book one, is a foundation and initial character motivation so these POVs are critical.

Reading takes time but it’s always nice when it doesn’t feel that way. Day Leitao has created a wonderfully paced first book with Frozen Hearts and Death Magic. It’s first in a new series (meaning lots of information) and so well paced, I consumed it all at once. The world and writing grips the reader and takes you on a wonderful adventure.

A commitment I’ve made to myself this year is to note and journal about each book I’ve read. It can be a bit chaotic at times but it’s wonderful fun. Here is a snap shot of how my journal layout for Frozen Hearts and Death Magic looks:

Shout out to TBR and Beyond Tours for including me in this Book Tour! Here is the schedule to check out other posts and reviews.

I’m originally from Brazil but I’ve been living in Canada for over 10 years now. I have some influence from Brazilian writers and Brazilian culture, but I also read popular books in English. I watched some Anime as a kid, my favorite being Yamato.

I’ve always loved to write stories, and I like to always include romance, action and humor in my writing. I think stories can touch us deeply. I live in Montreal, Canada, with my son.

My books include the Ya fantasy series Kingdom of Curses and Shadows, Portals to Whyland, and the sci-fi standalones The Sphere of Infinity and Star Spark.

Check out my blog for some news, updates, and nonsensical ramblings. 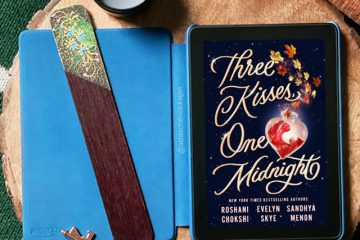 The perfect way to kick off the Halloween season is with Three Kisses, One Midnight by Roshani Choksi, Evelyn Skye, and Sandhya Menon. It has amazing happy Halloween vibes with Happily Ever After tones.  This Read more… 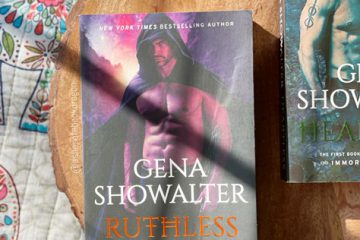 Gena Showalter is one of my autobuy authors and Ruthless gave me all the feels.  Ruthless is book two in Gena Showalter’s Immortal Enemies Series.  #1 Heartless (Kaysar and Cookie)2. Ruthless (Micah and Viori) Right Read more… 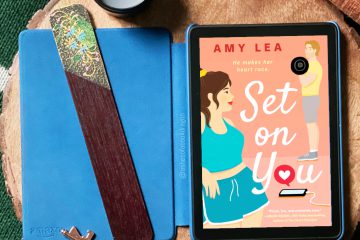 Set on You by Amy Lea

Amy Lea delivers such a cute, fun, meaningful, and amazing stand alone romance with Set on You.  First, big thank you to Edelweiss and Berkley Books for providing me a review copy of this book Read more…